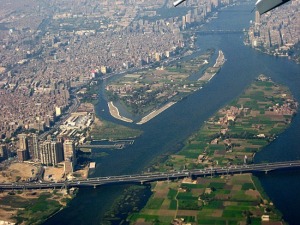 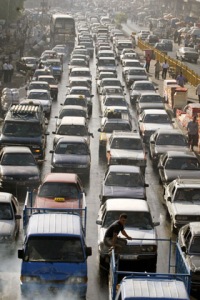 Traffic jam on the the Southfield. Penned in like sheep by cement barricades. To drivers they resemble cardboard, to others, prison bars. Detroit mushrooms out to the East, dead soul and metallic foundation. A man climbs aboard his idle Mustang, replete in Red Wings home jersey and certified mullet. He raises his hands in the air and calls to God. Someone barks at him: Get the fuck back in your car. The man looks around, arms still high, and calls to the Lord again. Someone else: He can’t hear you here, man, this is Detroit. The man pulls a pink slip from his cutoff shorts and waves it. He screams: Tell me where to go, Jesus. The low-hanging mud sky splits, uncovering half of the sun, rays spring down to the pavement like stage lights. A booming voice from above: Canada. The man climbs back into his car, turns, crashes through the barricades toward the Ambassador Bridge. News reports a red Mustang slicing through ghetto backyards, missing the bridge and flying full speed into the river. Traffic starts to move, molasses bleeding.